​By joining Cadets you are committing to be a full and active participant in the program. ​To get the most from Cadets, you must attend and be willing to get involved.
​
No need to join the military
Cadets are not members of the Canadian Forces and will never be asked to join. Cadets will never be required to serve with the military. However, those who choose to join will have a great advantage over other applicants.
Age
Cadets can join as early as 12 and can remain in the program until they turn 19.
Aim
“The aim of the Cadet Program is to develop in youth the attributes of good citizenship and leadership, promote physical fitness and stimulate the interest of youth in the sea, land and air activities of the Canadian Forces."
Code of Conduct
Cadets are expected to aspire to become citizens of the highest integrity in their community, to strive for success in their studies, both at cadets and school, to be considerate of all persons and their property, and to achieve the highest physical, mental and moral standards as exemplified by members of the Canadian Forces as citizens of Canada.
Pilot's license
The Air Cadet League owns one of the largest non-commercial fleets in Canada. Air Cadets offers the Glider Pilot License (GPL) and the Private Pilot License (PPL). The licenses are free through the Cadets program (normal cost of the GPL: about $2,000, normal cost of the PPL: about $15,000). Aspiring pilots must be committed, work hard in the Squadron and be successful in their studies. The application process is highly competitive and candidates must strive for the highest mark possible.

We are sponsored by:
​Cost
There is no cost to join 818 but we expect you to actively participate in all of our fundraising activities.
A uniform will be provided free of charge while you are actively enrolled in 818. You will have to return it when you leave the Squadron.
​
Registration
​You may only register in person; no registration via email or phone.
A parent/legal guardian is required to accompany you to the Squadron when applying.
The Application Form will be given to you when you come to the Squadron's office. You will have to fill it out completely and sign it along with the parent/legal guardian.

​Documents you will need to bring:
1) Proof of birth  - A Canadian or foreign Birth Certificate (plus an English translation if original is not in English), a Passport or a Permanent Resident Card.
2) Health Insurance - Provincial Health Card or equivalent proof of health insurance.

We will photocopy the documents for our records and return the originals to you.

New cadets will be allowed to participate when all documentation has been satisfactorily completed and submitted. 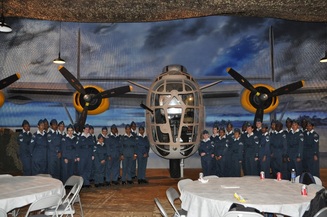